1. THERE WILL BE A Fresh Outpouring of the Supernatural.

KIDS: We declare that we will speak the words that bring heaven to earth.

Numerous people will be anointed by THE Prophet to prophesy awesome stuff. Your cry will be “Oh, God, let me prophesy the awesome, the extraordinary, the unconventional of your power, your love, your compassion, your wisdom, your provision.”

1 Cor. 14:3, TPT – “But when someone prophesies, he speaks to encourage people, to build them up, and to bring them comfort.”

2. THERE WILL BE A Fresh Outpouring of Pentecost.

KIDS: We declare that we will speak the words that will invite the Holy Spirit into people’s lives.

Holy Father will put upon numerous, hungry, sons/daughters an anointing that will be similar to what He put upon David Duplesis who saw thousands receive the baptism of the Holy Spirit in power. Be among the first of those who zealously volunteer. You will speak (to individuals as well as groups) of the power and the wonders of Holy Spirit and while you are speaking people will begin to manifest tongues and redemptive acts of the gifts of the Spirit. Not only will people accept Jesus in parking lots, stores, businesses and homes but in the same places, they will also be baptized with the Holy Spirit. Many have prophesied how many billion will be saved in an endgame move of God. But there will also be billions who are baptized with the Holy Spirit beginning in 2023 and rolling on through the remainder of the decade.

Power to be. Power to do.

3. When you are praying, you will realize that, BY THE INFUSION OF HOLY SPIRIT, the prayer itself is shifting.

KIDS: We declare that the Holy Spirit is doing a new thing when we pray.

You will be praying what you believe needs to take place or the way it needs to take place and when, and then you will find your prayer, directed by HS, begin to shift and you will pray in ways and words you are not accustomed to.
You will receive direction that you would have never thought of receiving in the past.
Start taking time to wait on the Lord so He can show you things to come.

4. WE ARE GOING INTO 2023 WITH A Counteroffensive ALREADY IN PLACE

KIDS: We declare that we will strike back against the enemy by using the weapons of God’s Word.

A set of attacks that defend against enemy attacks; Attacking and invading. Aggressor. (Cambridge Dictionary)
A large-scale military offensive undertaken by a force previously on the defensive. (Websters Dictionary)

There is already a counteroffensive in place and it is causing breakdown in the enemy’s ranks.

A vision I had last week—

It’s like I can see a bevy of people rushing around and almost out of breath and pointing and talking and carrying important looking papers and moving things from one place to another to assist plans being carried out, to make something happen. Someone observing says that they are really making progress because of all the consternation and all the ruckus they are causing, but they are more smoke than fire.

Then I see another group of people and they are praying and conferring with one another and praying for the righteousness of Yahweh to prevail and sending messages to others of like mind declaring the purposes of God and the advancement of the Kingdom in spite of all the turmoil.

Then the first group that seemed to be doing such “important/necessary” things and “accomplishing so much” is now bumping into one another and confused. One or two of them start out to go in one particular direction but they act like they can’t put two complete thoughts together. Some of them cannot keep two steps together and lose their balance and begin to drop things and even begin to fall. Just trying to maintain a footing in present circumstances has become an all-consuming preoccupation for them. Those trying to help the fallen ones, fall themselves.

Counteroffensive might look like: prayer, prophecy, declarations, agreement with the Word of God and Kingdom authority of God which is superior to and supersedes the prevailing predictions of present sentiment, redemptive words and actions displaying the character of Father God.

Counterattack to Goliath was when a teenager believed and acted on the fact that God is supreme; when Abraham believed God although His and Sarah’s bodies were past the time of childbearing (everyone else had given up by then);

5. Part A: THERE WILL BE A Fresh Reboot of Ministries and Heart For Ministry

KIDS: We declare that God has pressed RESET and ministries are getting a new start.

REBOOT: to shut down and restart; to start up again after closing or shutting down; to start (something) anew : to refresh (something) by making a new start or creating a new version; to start anew : to make a fresh start (Webster)

That power and sensitivity, discernment and Holy Spirit led ministry you formerly walked in will be rebooted but with new software, new spirit-ware, new heart-ware! Heaven-born faith is being distributed and many, who have not ever done so in the past, will begin to act and speak in the same moment that Almighty God moves upon your heart or softly speaks to you.

There are people who will wonder if they are going crazy because of some of the “crazy” things they say and do in a moment of being stirred by faith—in a setting they would not have done so in the past.

Your purpose and ministry will yet find fulfillment though it may be in a form considered strange and unconventional from what you, and others, thought it would be in the beginning.

5. Part B: THERE WILL BE A Resurrection of ministries

There are times when a ministry falls or a ministry dies and then there seems to rise up a common consent that we can just do without that particular ministry or that kind of ministry.

Every time a ministry is taken out I begin to declare that Almighty God is going to raise up two from the present generation and two from the coming generation to take their place.

6. THIS YEAR MANY SHALL SEE THEIR PART IN GOD’S PLAN FOR THIS TIME OF HISTORY IN THEIR GENERATION.

KIDS: We declare that we will have more Kingdom likes and follows.

Not only will the number of people in your sphere of influence (metron) increase but influence of who you are in the Kingdom and the words you release to those people will increase.
1 Chron. 4:10, Amp – “Jabez cried out to the God of Israel, saying, “Oh that You would indeed bless me and enlarge my border [property], and that Your hand would be with me, and You would keep me from evil so that it does not hurt me!” And God granted his request.”

Expectancies to HIT THE GROUNG runNING with IN 2023

Ps. 4:8, Amp – “In peace [and with a tranquil heart] I will both lie down and sleep, For You alone, O Lord, make me dwell in safety and confident trust.” 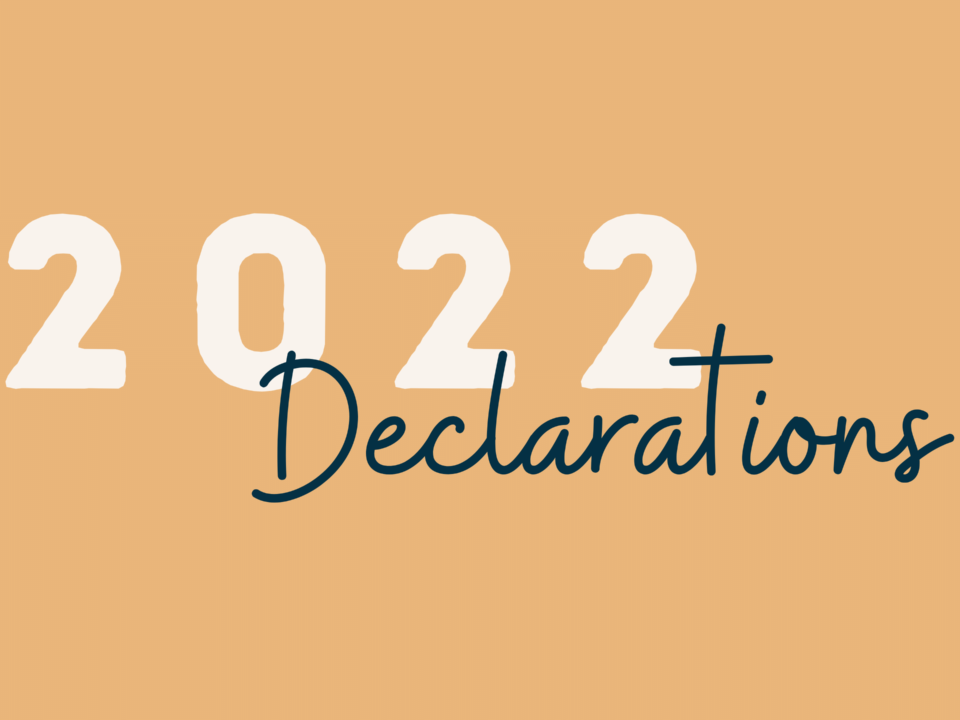